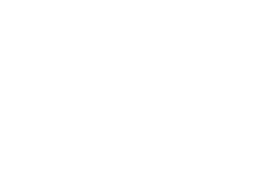 2.0.0 Beta
2.0.0 is a free update for those who have Tilesetter. It is being released in Beta, so you must enable the Beta branch before using it.

Don't have it yet? Check out Tilesetter on itch.io or on Steam:

Tilesetter on Steam
The beta is being hosted on Steam, so if you've purchased through itch.io you'll have to claim your Steam key first:

•  Head over to your itch.io library.
•  Go to the download page of Tilesetter.
•  Find your Steam key below the download buttons. 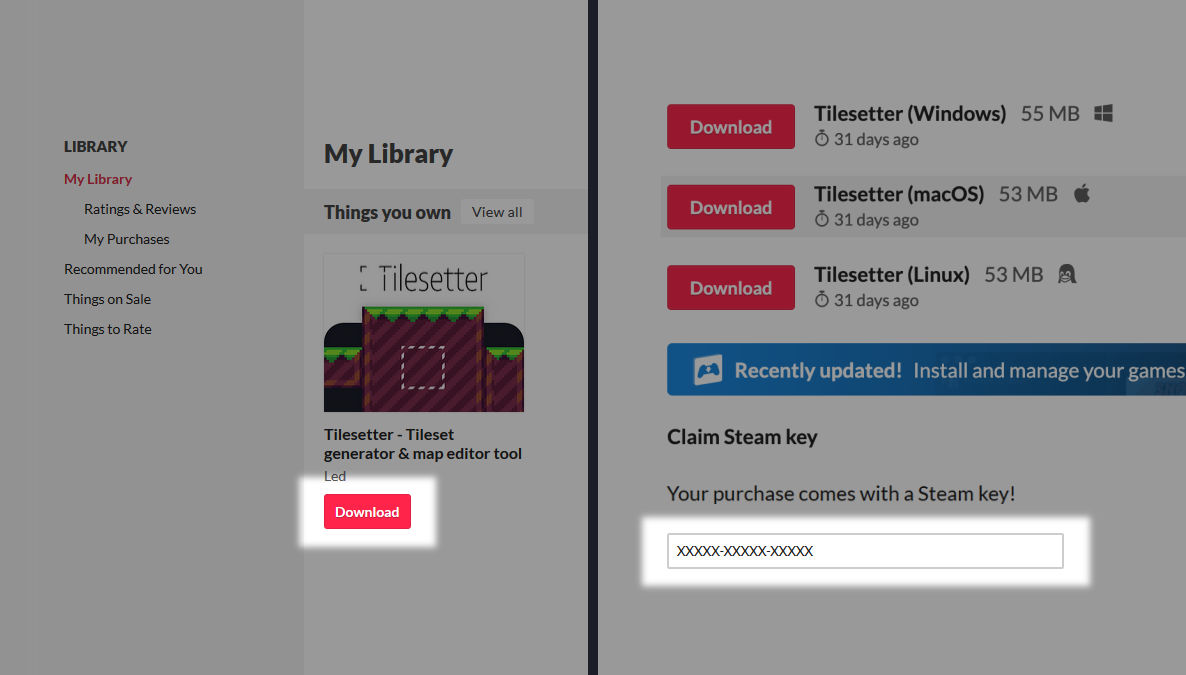 Once you have Tilesetter in your Steam library:

Because it's in beta, we value any and all feedback. The best way for us to hear your opinion is through our Discord community. Thank you for testing! 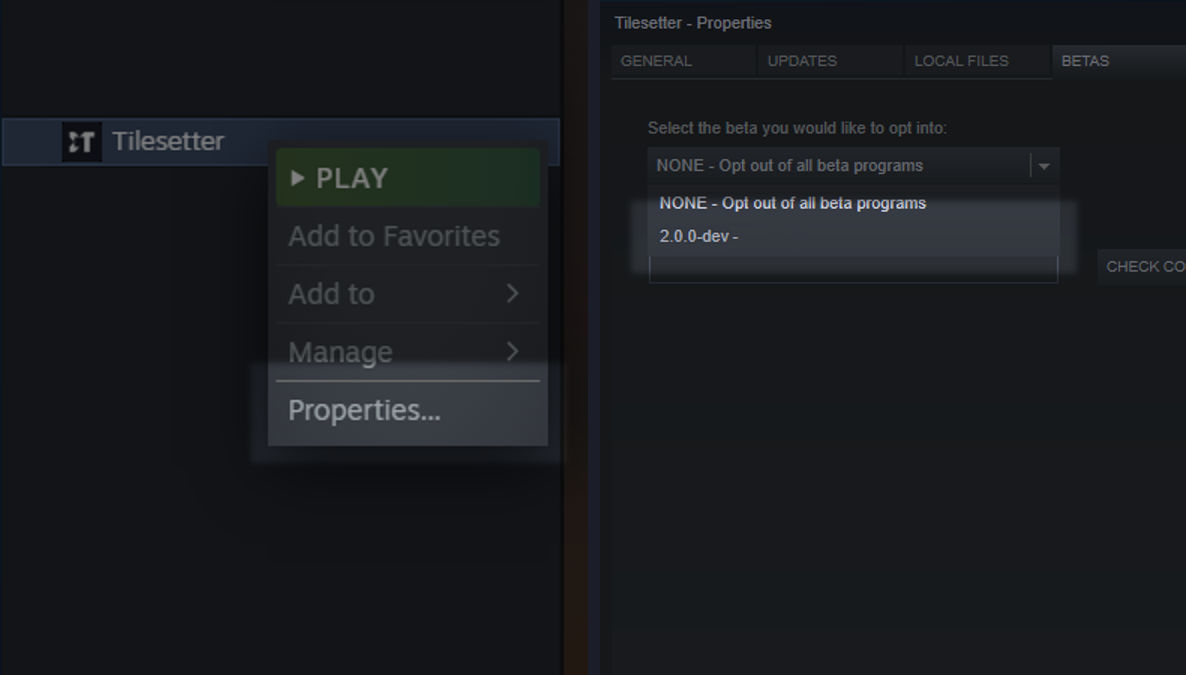 •  Image generation for tiles is now tied to their relationship status with other tiles (in other words, on their behavior when auto-tiling).

•  Generated tilesets are immediately ready to be used in the Sandbox View (map editor). Marking base tiles as 'Blob' or 'Wang' in order to enable auto-tiling is no longer required.

•  Mixed border generation now supported: Wang borders for intersections between 3 or more types of terrain, and Blob borders with multiple types of edges for different neighbors.

•  CTRL+Click tile picker functionality updated for the brush tool in the map editor: If trying to pick a border tile, the base tile will be picked instead, depending on the quadrant clicked.

•  New 'Proxy' feature: Tiles can mimic another tile's behavior and act as a variant. Possible to set variant weights when drawing in the map editor (probability of being drawn amongst all variants). Old variation system removed.

•  Added direct export to Defold and to JSON.

•  User-defined export formats now supported: '.tsfo' files can be created and added as one of the export modes to let Tilesetter know how to export your data.

•  Sync Region now outlines in red if input file could not be found.

•  Added buttons linking to the Twitter page and to the Discord server.

•  Fixed issue where screen separators were not positioned correctly when launching for the first time.

•  Fixed bug where the copy icon in the Source Properties View wouldn't work.

Join the
community on Discord